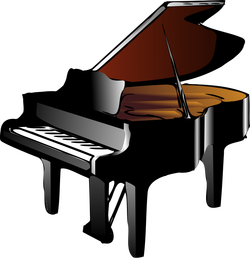 He was only just six years old when a man, who wanted to form a “Choir of white voices”, came to his school and asked the pupils in the classroom to sing el ‘do, re, mi”... Without noticing he went on “higher and higher” until he was the only one left. That moment was the milestone in his life and the beginning of his musical career, forming part of the choir as “soloist” under the direction of Martín Robredo. When he was 16 years old – and already studying Philosophy (!) – he took piano- and singing lessons with teacher Francisco Molina, in Pozuelo de Alarcón (Madrid), who taught him to sing with head voice and he performed as “soloist” with the Choir “Oblatos de María Inmaculada” in the first Spanish television retransmission of polyphonous classical music. Several years later, in Barcelona, he conducted another “Choir of white voices”, which he himself had founded.

The sudden death of his young wife (the tenor hadn’t even reached the age of 25) was so traumatic that he retreated for years from any musical activity. His voice could be heard again 18 years later, under the conduction of Bertus Bouthoorn, with the Choir “Magistri Vox” and the “Amsterdams Opera Koor” in Holland, combining his love for music with his professional career as a psychotherapist and teacher at the university.

A few years ago, in Moscow, during a trip with a group of singers from Alicante, performing popular songs, he was accompanied by the Russian pianist Tatiana Svistunova, which made him decide to go back to classical music, decision confirmed by his actuations, as a concert tenor of lyrical music, not only in Spain, with the colaboration of famous pianists like Ray Holder (London) and Franz de los Reyes (Cuba), but also in Belgium and Holland. Only just he performed in Hengelo, Breda and Amsterdam, accompanied by music teacher Jan Linge on the piano and) connoisseur of music Franz Heijdemann.

He composed the music for many poems of the work “Bodas de Sangre” (Blood wedding) of Federico García Lorca, which he interpreted at the graduation of the Dutchman Jan Weesman, who later would be director of cinema. He also composed songs like “Cancion sin ritmo” (Song without rhythm), “Por ser tú mujer” (Because you are a woman), “Mi dolor” (My pain), “Compañera de amor y soledad” (Companion in love and lonelyness), “Mujer, mujer, mujer” (Woman, woman, woman) ...etc. etc. all songs with a poetical and dramatic underlayer, and he was the autor and composer of the music as well as the text.

His performances can be characterized by the high notes he reaches, the volume of his voice and the dramatic romanticism of this tenor. As far as we know, he is the only tenor in the world who, although he had an operation on a lung tumour and suffers from asthma and COPD, is not afraid of the C-M, a note that he dominates with real mastership.